More than ever, our children’s safety is a priority for every parent. Being a helicopter parent gets a lot of negative attention but when you think about the progression or risks that kids are exposed to compared to when “we grew up.” Sure, there we were always told not to talk to strangers and there were always predators. But stranger danger and tricky people have become a bigger problem.

My son and I were walking our dog. We lived in a desirable Southern California neighborhood, but as anyone knows, you are always just a stone’s throw away from potential problems. My son was in the second grade and we talked as we walked Chewie. I became distracted by something I saw at the corner.

A car I didn’t recognize was parked with four guys standing around it, leaning up against and talking. They were keeping to themselves. But they just weren’t from our neighborhood. It wasn’t right. Instinctively, I clenched the leash a little tighter, making sure it was wrapped around my wrist for added security and squeezed my son’s hand. 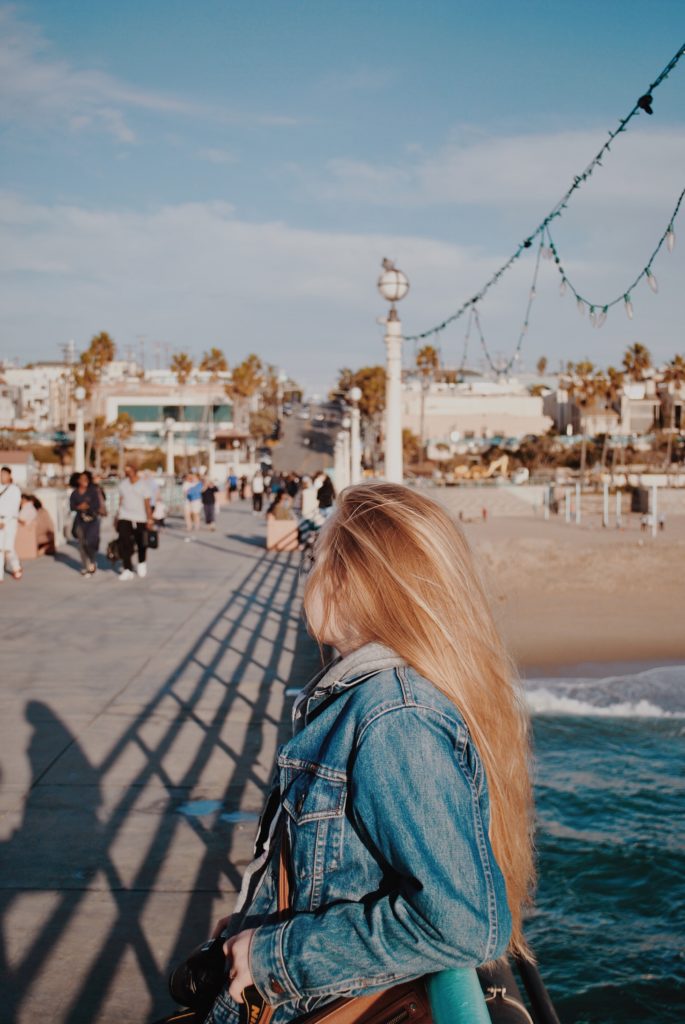 Talk to kids about what is normal for their own surroundings. My son was the type of kid that looked at the ground and just kept a conversation going. But to stay safe when out and about, it’s important to never feel a false sense of security just because you are around the corner from home.

As we walked, I saw a quick handshake with the guys at the corner that merged into the bro-hug. Two guys got in the car while the other two walked to another car parked on the other side of the street. Pretty clear drug deal, right there in broad daylight in a nice neighborhood.

“Hey Matt. Do you know who drives all these cars parked on the street?” He shrugged his shoulders, “No.”

“I have a game. Let’s see if over the next week we can figure out which of our neighbors drive all of these cars.”

He needed to start understanding what was normal in his surroundings but I didn’t want to simply come out and say, “Hey, did you just see that drug deal?” Scaring kids in their own backyard isn’t something I suggest as a good tactic. Talk to kids in an environment where they feel safe and you can control their anxiety.

The week went on. He started to point cars out like a game of state license plates on the highway. At home, started to discuss safety rules when he was at home, school and outside. The vast majority of kids spend most of their early youth with parents a yell away at the park. Parent do this because we don’t trust the world with our babies.

I did explain the reason for our little car game and challenged him to point out cars that didn’t belong. It was a start to many lessons about potentially harmful situations.

National crime statistics say that only about 100 missing children are kidnapped annually from stranger abductions. The rest of the kidnappings are from people the child already knows: a parent, family member, family friend, coach, teacher or another community member.

Quite frankly that is the scarier statistic.

Just in case you missed that: we get concerned about stranger danger issues, but strangers are not the biggest risk to our children. The majority of victims of sexual abuse, kidnapping and violence come from people your children know. This is why it’s important to teach kids about situations where tricky people might already be in their lives.

Talking to Kids About Stranger Danger and Tricky People 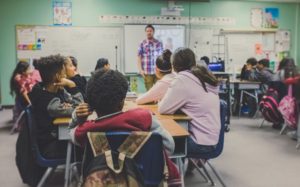 For me, it was easier to talk to my son about stranger danger than tricky people. Having a conversation about people your child knows who might be tricky people who want to do bad things to him is much harder.

As your child builds more awareness of what is appropriate behavior from others, give them some real situations. I know, you’re afraid your child will be afraid of the boogeyman for the rest of his life. Reality check: I burnt my hand with a firecracker when I was a kid and am still nervous to light one. That’s a healthy, fact-based fear.

To teach our kids about danger, you start with talking about safe places and your promise to protect them. Start with reassurance just like you would talk to them about a house fire. And realize the child who goes through life unaware of the warning signs of bad people is at much bigger risk! Those who have healthy awareness go through life and feel confident that they won’t be a victim because they are prepared.

Here are a few potential conversations:

“Most people in this world are good people who really like to help. Just like you and I like to help people. But there are some people how try to steal kids. If someone you don’t know tries to grab you, what will you do?”

Let your child come up with answers because it makes them feel confident and strong. Add other things and make it an open dialogue. Reassure them that they can yell and scream and use as big of an outside voice as possible – even when indoors. If you sense their fear, reassure them that this doesn’t happen often and you are there almost always. (It’s a good reminder to them to not wander off in the mall.) 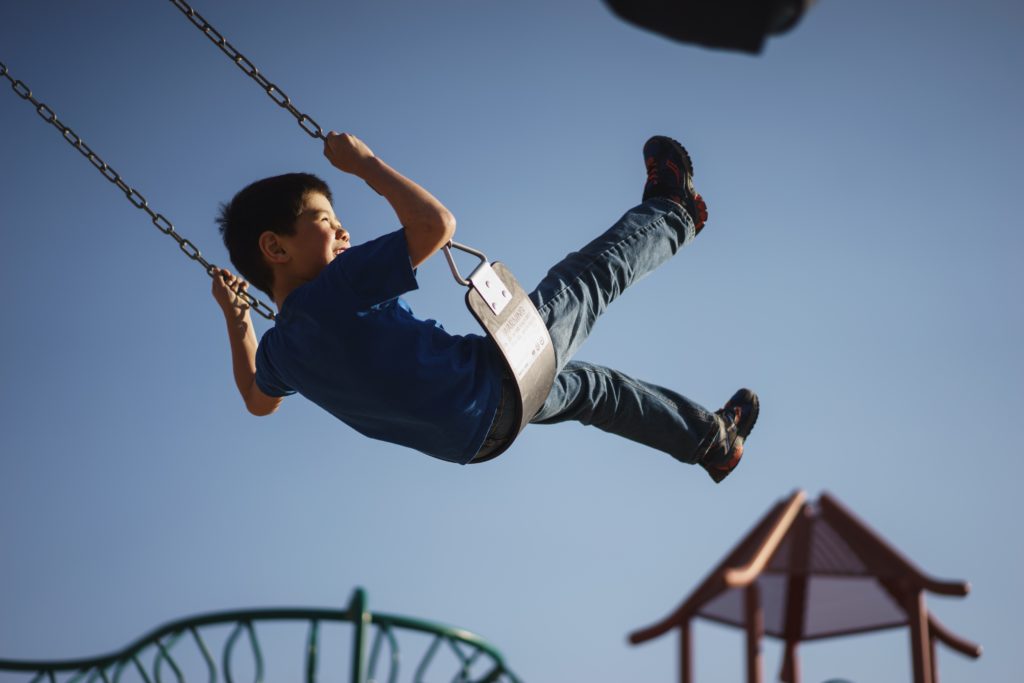 A child’s life should be filled with fun and joy. Unfortunately, this isn’t always the case. Make sure your child understands that tricky people will use the fact that they know your child to lure the child into an unsafe space.

“Tricky people ask you for help. A tricky person might be stranger or someone you know. That’s why we have to have safety rules.”

Explain to your child that tricky people might ask for help to find a lost dog. They might need help in the house from someone with small hands to reach for something that fell behind the sofa.

Being Proactive Against Crimes Against Children

Law enforcement has some great reminders for parents when it comes to being proactive with their children:

It was many years of talking to my son, pointing out things that happened on the news or around the community. As he got a little older, he would take our dog on walks by himself. One day he returned in record time.

I knew something was not right. “Is Chewie okay?”

“Yeah. It’s just there were these guys at the end of the block. I didn’t know them and they didn’t look like they belonged. So, I crossed the street with Chewie so it wouldn’t look like I was scared and came home.” 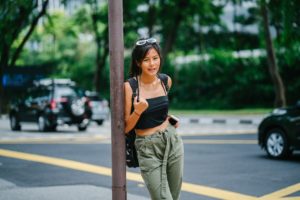 While I wasn’t excited about the potential gang or drug dealers coming into the neighborhood, I was glad to see my son was aware of what was going around. He reacted rationally and without being afraid. He didn’t draw attention to himself. He simply handled his business and took care of himself and our dog. Yeah, proud momma.

A friend of mine reported seeing a drug deal go down parked in front of her home with her kids playing in the front yard. The law enforcement officer said this is common practice because the drug dealers know there is less chance of a gunfight when kids are around.

Less chance is not ‘no chance’. It’s scary, regardless of where you live. Crimes against children can happen anywhere and for any number of reasons. Stay safe and keep your kids safe. Teach your children about stranger danger, tricky people and other areas that crime can happen in your child’s life.