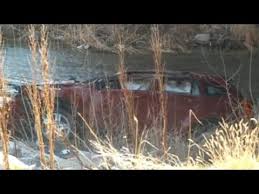 Most parents look at their first car seat with about the same amount of confusion that they would look at the control panel of the Space Shuttle. Some people find a certified technician to install it, others muddle through it on their own or perhaps with the help of a more experienced parenting friend.

According to SafeKids.org, “overall critical misuse for child restraints is about 73%.” Some technicians report seeing nearly 90% of car seats incorrectly installed or incorrectly used.

The case of Baby Lily, who survived more than 14 hours in a frigid river when her mother’s car landed upside-down after the crash is considered a miracle. And it is, but one that had a little help.

According to CNN senior medical correspondent, Elizabeth Cohen, the car seat played a major role in Baby Lily’s survival. There are three reason’s why. First, it was installed correctly. This means the seat has less than 1” of wiggle room across the belt path, preventing the seat from having additional movements during the crash not aligned with the car.

The second is that it was the correct seat for 18-month old toddler. On the side of every car seat is a height and weight chart that parents should follow as their child grows. Lily’s mother had her in the right seat.

The third reason is that Lily was put in the seat correctly. This is where we might get complacent as parents as we do it for the 700th time. You want to make sure the harness is snug, but not tight and that the chest plate is indeed across the chest.

While there were certainly other factors that helped to save Lily’s life, it’s important that we as parents understand that the car seat is there to protect our child from impact, thus added injury.